THE SCOLE EXPERIMENT
AN INTRODUCTION
The Scole Experiment 1993-1998
The Experiment
​​In 1993, the Scole Experimental Group (Scole Group) embarked on a five-year experiment using a revolutionary kind of ‘energy' to produce tangible objects from the spirit world. The term ‘tangible objects’ means things recognisable to our senses or our instruments – visible manifestations, lights, sounds, touches, tastes and smells.

Some of the tangible objects took the form of messages transmitted onto photographic film, audiotape, and videotape.

The aim of the Scole Experimental Group was to produce not just one tangible object but such a huge number and variety that scientists would have to sit up and take notice.

In fact, it was not long before a variety of senior scientists, including some very experienced researchers into the unknown, became interested in the phenomena being produced. The Scole Group was happy to allow scientific scrutiny of their work, a fact which impressed the scrutineers.

The Group traveled widely taking their experimental sessions to many places and people worldwide. Their work was conducted in a number of international locations, including Germany, Ireland, the Netherlands, Spain (Ibiza), Switzerland, and the USA. Here, investigators assessed and reviewed the work, including Dr Ulf Israelsson, Dr Hans-Peter Stüder, Dr Theo Locher, Dr Andreas Liptay-Wagner, and Dr Pal Kurthy.

Among the investigating team were electrical engineers, astrophysicists, criminologists, psychologists and mathematicians. They were most interested in the photographic films because the time and method of production of these films could be controlled. The scrutineers asked to attend experimental sessions in order to control certain parameters. Still the images appeared on the films.

Some of the scientists found this hard to explain and suggested that extra precautions be taken, including bringing their own films and putting them in a padlocked box for the duration of the session. Yet again the images appeared on the films.

But now they were slightly different. Instead of being simply photos of faces and places, they were cryptic messages, clues to puzzles that the investigators were invited to solve.

Later, even more amazing images were received on videotape and messages were transmitted onto audio-tape.

The unique and revolutionary evidence provided by The Scole Experiment may suggest that solid scientific proof of survival may not be far off. If so, there are unavoidable and far-reaching implications for us all.

​It would be proof that we do not die ...
The Scole Group
The Scole Experimental Group comprised two couples, Alan and Diana Bennett and Robin and Sandra Foy.

They conducted serious scientific research during 500 experiments collecting data - photographs, audio, video, voices, light phenomena and other manifestations observed by witnesses - and seeking evidence for survival of the human personality or 'consciousness' into an Afterlife, using an entirely new and unique 'energy-based' approach.

Along the way, they discovered data and evidence suggestive of conscious life in Space and Hyperspace.

​Note: The Group operated completely independently of the Spiritualist movement or any other organisation. They were non-religious and non-sectarian. Their work was intended to be universal and embraced people from all walks of life, whatever their beliefs. 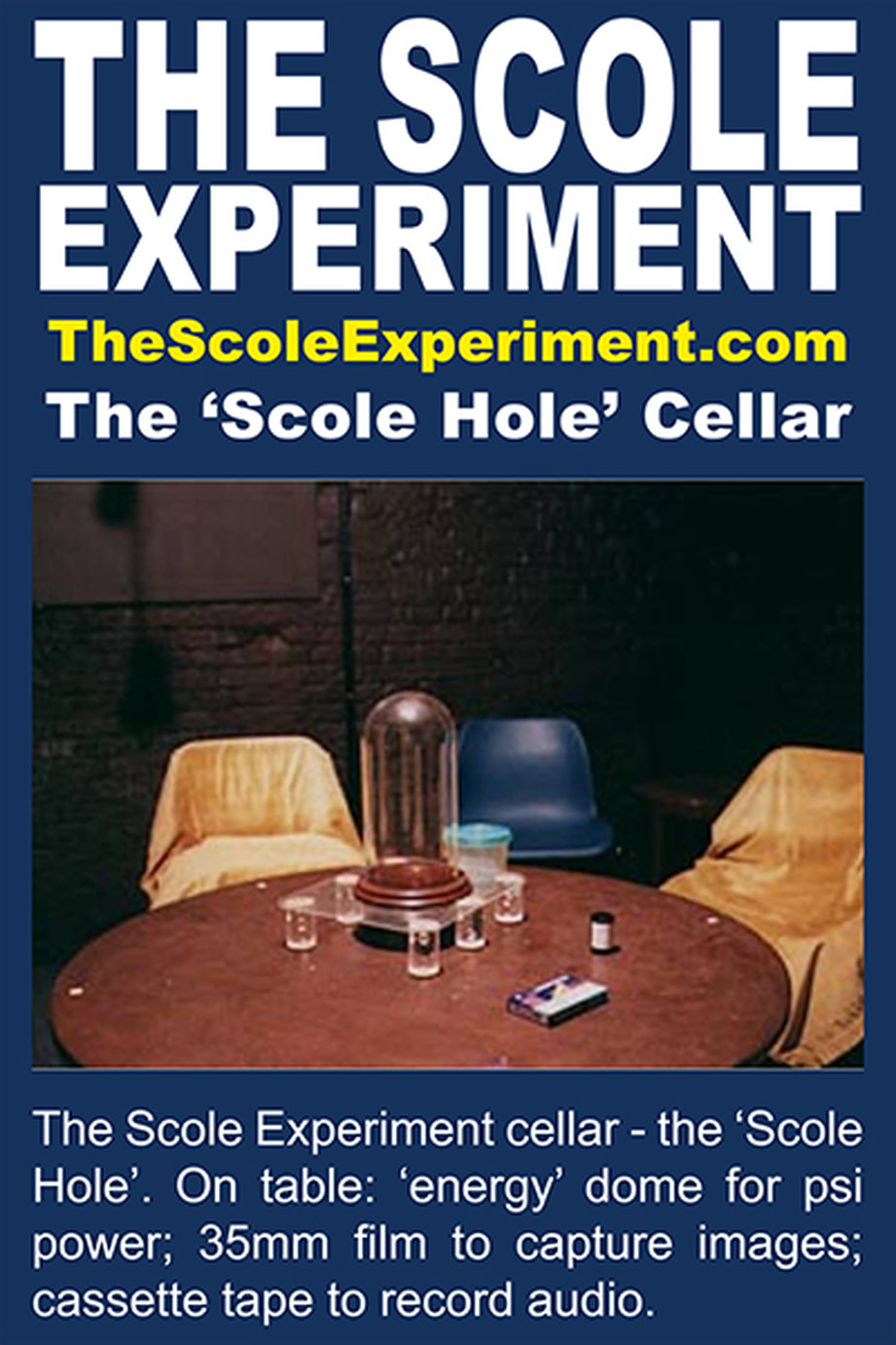 THE SESSIONS
Many of the Scole experimental sessions were held at the Foys' home, Street Farmhouse, in the village of Scole in Norfolk, UK.

This venue was chosen as the old sixteenth century farm house had a cellar which was perfect as a venue for the experiments.

The cellar had developed into an Experimental Science Room but was known, more affectionately, as the 'Scole Hole'.

Sessions generally lasted for two - two and a half hours depending on the experiments being conducted at each one.

​Many of the experiments ran simultaneously. The group could be performing audio, photographic and video experiments all in the same month and even during the same session. ​
THE COMMUNICATORS
Soon after The Scole Experiment began, an array of spirit and other communicators made themselves known to the Scole Group during the experimental sessions. They called themselves, the 'Team of Many Minds'.

By pioneering brand new forms of tangible paranormal phenomena the Communicator Team aimed to prove conclusively, once and for all, that death does not exist and that there are other dimensions of existence.

These other dimensions are hidden from normal perception by the limitations of our senses and our current scientific instruments.

The Group was told that their Communicator Team alone consisted of ‘thousands of minds’, all working in unison towards achieving this tangible proof of the existence of other dimensions.

The Communicator Team knew that convincing proof had to include tangible evidence, which could be tested and taken away from the site of experiments for further scrutiny.

The Communicator Team said they were able to create ‘events’ in our dimension by influencing atoms and molecules ‘here’ using the power of their thoughts from the different 'realms of existence' they each lived in.

All the work revolved around what they referred to as ‘creative energy’, which was a blend of human, earth, and spirit energies.